“We always thank God for all of you and continually mention you in our prayers.  We remember before our God and Father your work produced by faith, your labor prompted by love, and your endurance inspired by hope in our Lord Jesus Christ.”

In this passage of Scripture, Paul is expressing his great appreciation for the people who make up the church in Thessalonica.  History tells us that there was a riot in the city at the same time Paul was planting this church.  Paul was accused of defying Caesar and narrowly escaped the city with his life.  Because of the fierce opposition, he became concerned that the believers in Thessalonica might fall away from the faith.  But after a time, he finally received the welcomed news that the Thessalonians had remained faithful!

Listen to these motives the people had to stay strong in the face of their trials.  Paul commends their work which was fueled by faith.  The people caught hold of the belief in Jesus Christ.  His sacrifice provided us a way to a new life; to a better life; to a life that will last for eternity.  Faith moved these new believers into action.  Paul was delighted to hear of their work in building up the Kingdom of God despite their circumstances.

Paul commends their labor prompted by love. Labor is a word that describes more than the menial tasks and responsibilities of each day.  This word speaks of things which require an extra effort.  The word expresses tasks that demand for people to go out of their way, to toil, and to strain.  Such things are more manageable when sustained by a pure motivation such as love.  It was true for the Thessalonians; and it is true for us today; there is power in love!

Paul commends their endurance inspired by hope in our Lord Jesus Christ.  The people were made solid as a rock.  They were strong enough to endure and persevere through anything the world threw their way.  This sustainability came because they knew where their hope was found.  They did not push forward in hopes of worldly wealth, prominence, or popularity.  They pushed on because they knew that Jesus Christ matters the most in all of our lives.

I want all of our church family to know that I share the same appreciation for you in my heart.  In the same way that Paul was filled with joy, I am ecstatic about the many ways we see Enon’s work produced by faith, labor prompted by love, and endurance inspired by hope in our Lord Jesus Christ. 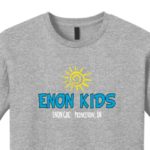 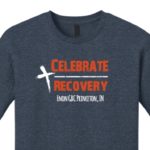 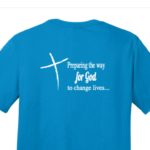